Although my friends and family think I've gone a bit nuts over the world of fabric and sewing the past 10 months, I have met the kindest, most thoughtful, and generous people ever.   Case in point, I received this today from Jules: 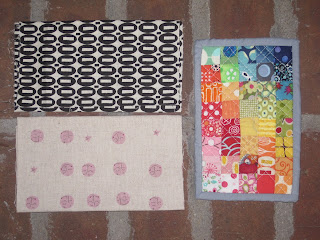 Just because.  Seriously?  Really?  What has to be the coolest, most awesome little rainbow mug rug ever and fabric!  Not just any old fabric either!  Mono black Pez and FFA2 moons!  Swoon!  Jules got on a little kick lately making mug rugs and I have been drooling all over them.  I was going to trade her some selvages for one, but thanks to another Flickr peep, I think Jules is pretty well set for selvages for a while. :)  I can't tell you how happy this makes me.  Julie thank you so so so so so so much!  I love it!

That's not all I'm grateful for!  Also, through an anonymous source's kindness, I am able to get my hands on some fabric that will not be available until the Spring!  Said fabric is actually for my Modern Swappers partner, but I'm super excited to see it!  I'll post pictures when it arrives.

I also want to give a big shout out and thank you to Hawthorne Threads today.  I had ordered a Modern Meadow bundle from them almost 6 months ago, but only this morning got around to unfolding it and getting it ready for it's intended purpose.  I discovered that half of the bundle was cut too short or at an angle!  This usually isn't a huge deal for me, but the pattern I want to use requires using almost the entire FQ and being short .25" - 1" is a big freaking deal!  I emailed this morning, not asking for anything, but more to let them know that there had been an error.  I honestly didn't expect them to fix it since it had been so long, but if their cutting methods were faulty, I wanted them to know.  Well, within MINUTES, Charlie had emailed me back asking for pictures and telling me that they buy precuts from the manufacturer.  After I sent him about 8 pictures looking like this: 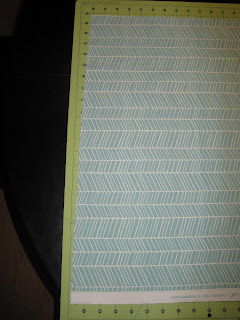 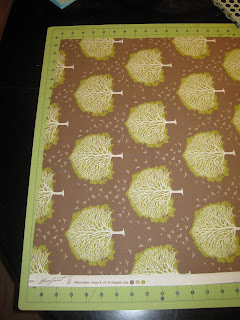 He then writes back to say that although they can't give me a full refund since it's been over 60 days, they're sending me a check for $20!  Holy moly!  That's over half of what the bundle cost!  Talk about good customer service!  No wonder they are so popular!﻿
In my own crafty new, I'm half way done quilting my Bliss top so hopefully I'll be posting pictures this week.  I also made this which is awaiting quilting: 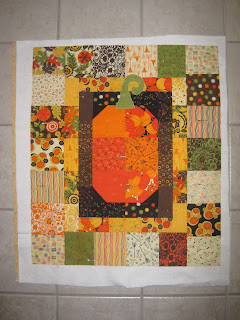 Not my usual style, but I saw this pattern and I had bought this charm pack on clearance a while back.  I didn't buy the pattern, but looked at the picture and worked it out.  Easy peasy!  I thought it might be nice to hang up for fall.  The pattern has a face on the pumpkin, but I thought it could last into November if I left it as just a pumpkin.

I also made these two mini projects for some Flickr peeps, just because I needed a quick finish: 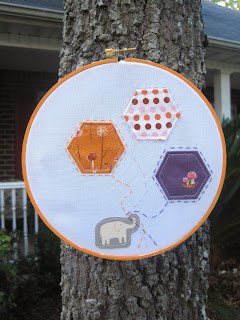 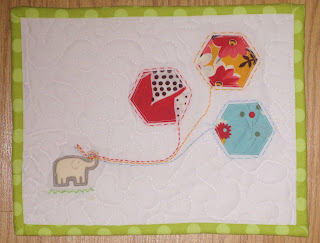 I also finished another purse for my godmother: 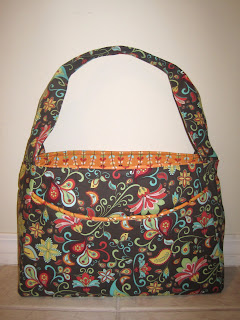 I'm also working on a project for my Modern Swappers secret partner with these: 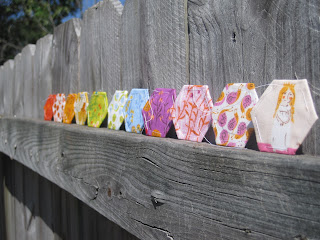 I guess that's about it!  I'll leave you with a picture of my cutie pie's new favorite place to be. 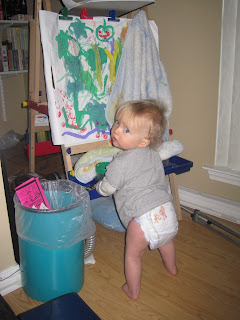 Awww he is going to be an artist just like Aliya was/is! She is always drawing.

Love my hoop....EEEEEKKK!! As some would say!
That little wall hanging is super cute too! I love it! Of course I love everything my twin makes.