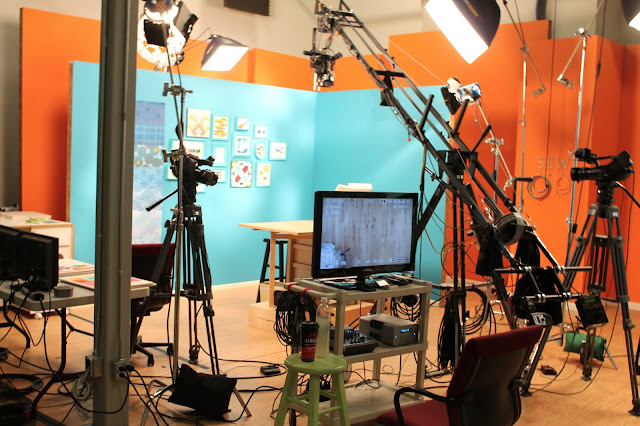 Earlier this month I flew out to Denver for Babylock to film a segment for QuiltMaker magazine!  They are doing a video series that coincides with the release of a new 100 Quilt Block magazine issue!  I was super excited (and honored!) to be included!  Lets just say that sewing at home and sewing under studio lights while the sound guy yells, "Ready? Big smiles! Go!" is a big change.  I felt like a huge dork and kept tripping over what to say. *face palm*  I wasn't nervous, there were just a lot of things I had to remember:  look here, keep your mic clear, don't move this, be sure the camera can see the fabric here, etc.   Not to mention I felt like my hair and make up were melting under those lights! Anywho!  I'll keep you guys posted on when my segment goes up--no laughing at me! 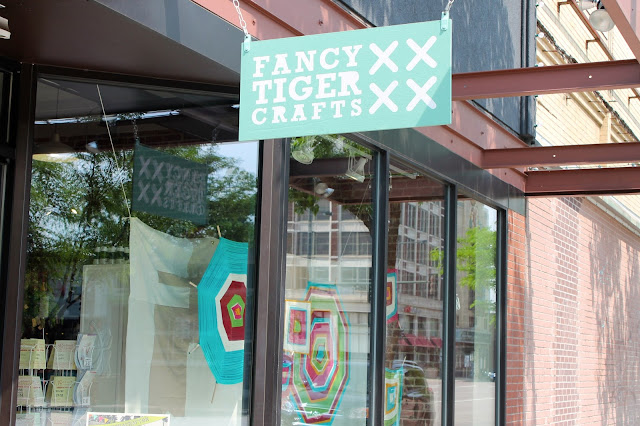 We finished shooting in time for McKenzie (my favorite Babylock gal!) and I to hit up Fancy Tiger Crafts in downtown Denver! 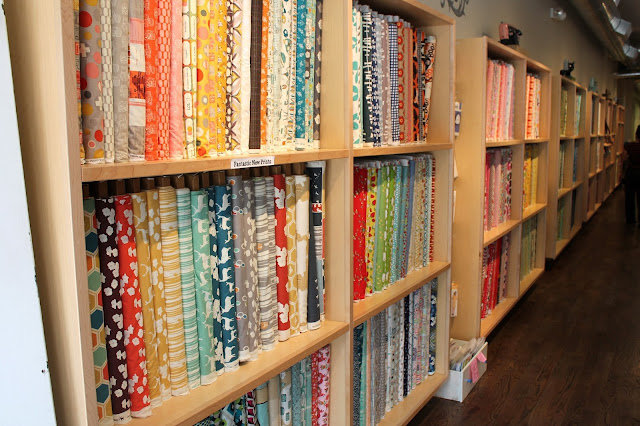 They had lots of awesome fabric! 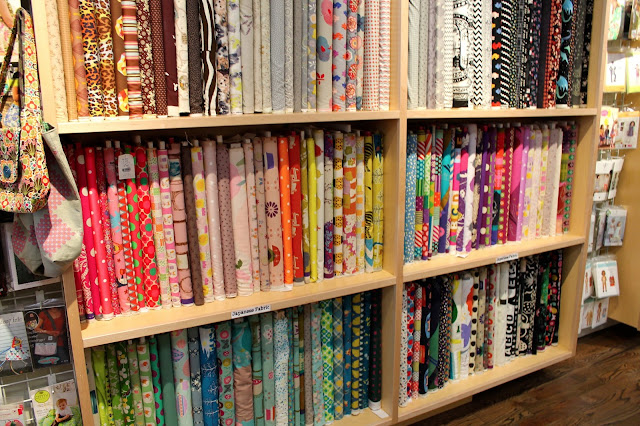 I wanted to hug these shelves! 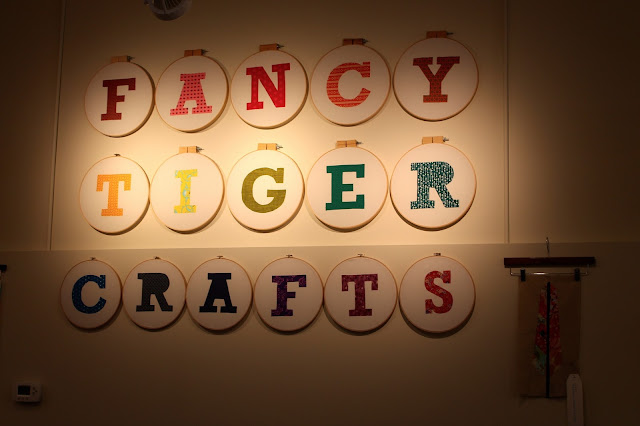 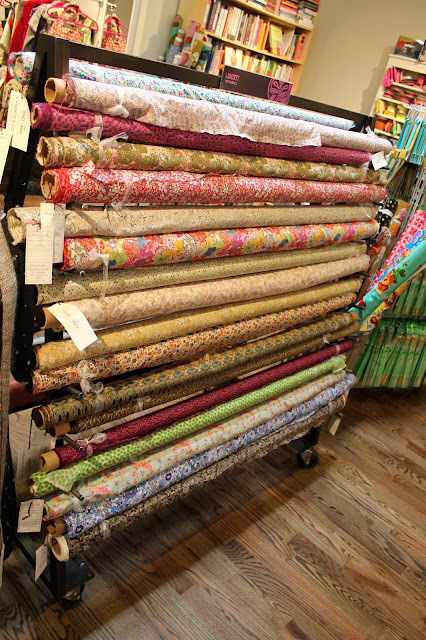 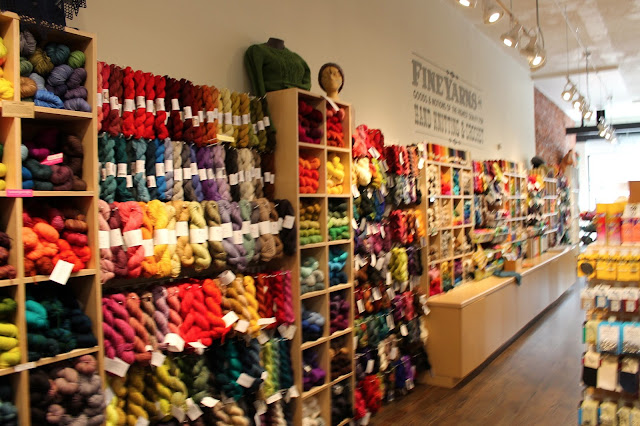 I don't knit, but this wall was pretty too! In quilting news, I whipped up with voile quilt top the other day.  I've been hoarding my collection of Anna Maria Horner voile for a while and I just decided to keep it easy and make a patchwork top.  I realized later that this is my THIRD 10" patchwork AMH quilt top! LOL!  I guess I have an addiction--Katie B. says it's an addiction to awesome so I'm sticking with that theory!

That's so cool about the video! Congrats :) You wnt to hug the shelves... I want to eat them... lol! ;) Also, completely in love with your voile patchwork. I think I'm going to use mine as a backing but I might copy your layout! Thanks for the inspiration.

Congrats on the photo shoot! Very exciting! Thanks for sharing fabric shop pictures...drool!

Wow, a video shoot! Congratulations on your succes!!!
Thanks for all of the fabric pics! Drool! ;-)
Esther
esthersipatchandquilt at yahoo dot com
Ipatchandquilt dot wordpress dot com

Wow, what a neat opportunity to be a part of that! I can totally imagine how distracting it is to be recorded =). Your AMH patchwork is gorgeous. Wise choice!